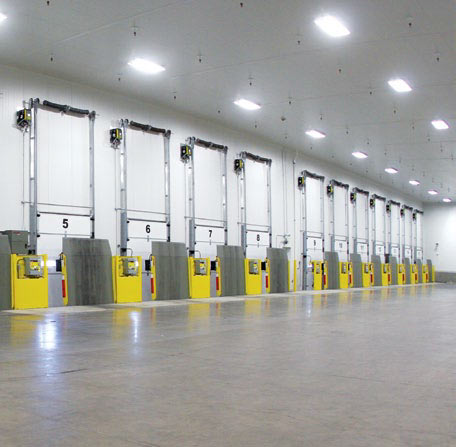 “Foodservice distributor.” Just taken by itself, the word “distributor” suggests a business in a constant state of movement.

Observers can see that Saladino’s Inc. has been continually moving since its 1944 origins in a Fresno, Calif., grocery meat department. In fact, Saladino’s has grown into one of California’s leading foodservice distributors with a broad, multi-temp line of perishables (meat, seafood, produce, dairy, beverages and other prepared grocery items)—in addition to disposables, small wares, linens and even equipment.

Officials say Saladino’s has averaged more than 30 percent sales growth every year during the past seven years. In tandem, the company has re-invested in its brick-and-mortar operations and expanded and opened as many as seven driver terminals/ distribution centers including six in California and one in Nevada.

In this scenario—when a fast-growth company simultaneously needs to grow in multiple locations—how does it leverage a limited capital expenditures budget?

ESI began the project last October and completed it in June 2013—both early and under budget. “ESI was fantastic to work with. They listened to our needs and provided a facility that exceeded our expectations,” says Chris Chatoian, Saladino’s director of company facilities.