Planning, Engineering and Construction Solutions for All Markets in the Food Industry 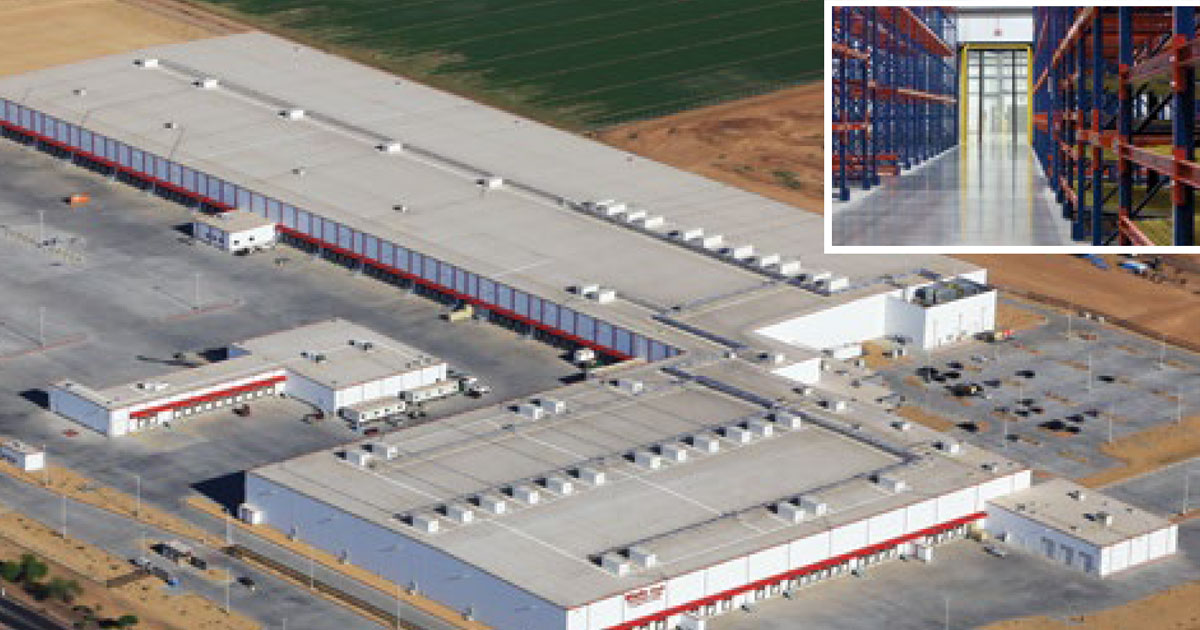 Whether building a Greenfield facility, renovating an existing building or executing a facility expansion, ESI Group offers smart building solutions for all markets, even in tight schedules. Here’s a snapshot of some of ESI’s major projects completed this year, and a glimpse of what’s ahead for the design-build firm.

WinCo Foods, a grocery store chain based in Boise, Idaho, called on ESI Group to design and construct a large distribution center in Phoenix, Ariz. This new facility raises the bar in terms of setting a new record for completing a facility of this magnitude in less than one calendar year, including permits, design and construction.

United Natural Foods, Inc. (UNFI), a Providence, R.I.- based independent national distributor of natural, organic and specialty foods, turned to ESI Group to construct their portfolio of nationwide distribution centers. The newest Midwest center is located in Sturtevant, Wis., and began in January 2013, allowing UNFI to be fully operational by April 2014.

This LEED Gold-certified Greenfield distribution center sits on 80 acres, and is mostly constructed of insulated metal panels, which provide an integral system consisting of vapor barrier metal skin and foam-in-place urethane insulation. In addition, the energy usage system utilizes a cascade refrigeration system with ammonia and CO2 as refrigerants, which yields the most efficient operating system for UNFI. The facility also features pre-cast concrete walls.

The distribution center features a 35°F and a 28°F cooler, a 36°F perishable dock, a 65°F grain room, a -10°F freezer, a dry storage area and dock, a re-pack area and re-coup dock and a 9,658-square-foot truck maintenance mezzanine to perform light repair, maintenance and fueling for UNFI’s truck fleet.

Mother Nature hasn’t been too kind to several parts of the United States. High winds, tropical storms and large amounts of snow have caused several cold food processors and distributors to endure enormous repairs and rebuilds. Case in point: one foodservice provider called upon ESI Group to repair approximately 11,700 square feet of a collapsed roof over a cooler area.

Crews were mobilized less than 24 hours after the incident, with construction taking place according to an aggressive remediation schedule. ESI Group and subcontractors worked seven days a week, 20 hours a day, to complete the project in just two months.

Kerry Ingredients & Flavours called on ESI Group to complete the $14 million project in just 12 months. Areas of expansion included production, packaging, receiving storage and dock, support areas and trash room, all while continuing to produce technology-based ingredients and solutions for the food and beverage industries. When completed, storage areas will have racks stacked approximately 25 feet high in the warehouse.

Regardless of how unrefined your scope, resources and schedules are, ESI Group can offer solutions to make it possible for your project to come to life. ESI Group looks at every experience and lesson learned as an opportunity to benefit existing and future clients. In 2015, they’re looking to stretch their legs into additional markets and anticipate it will be a record year for the food and beverage industries.