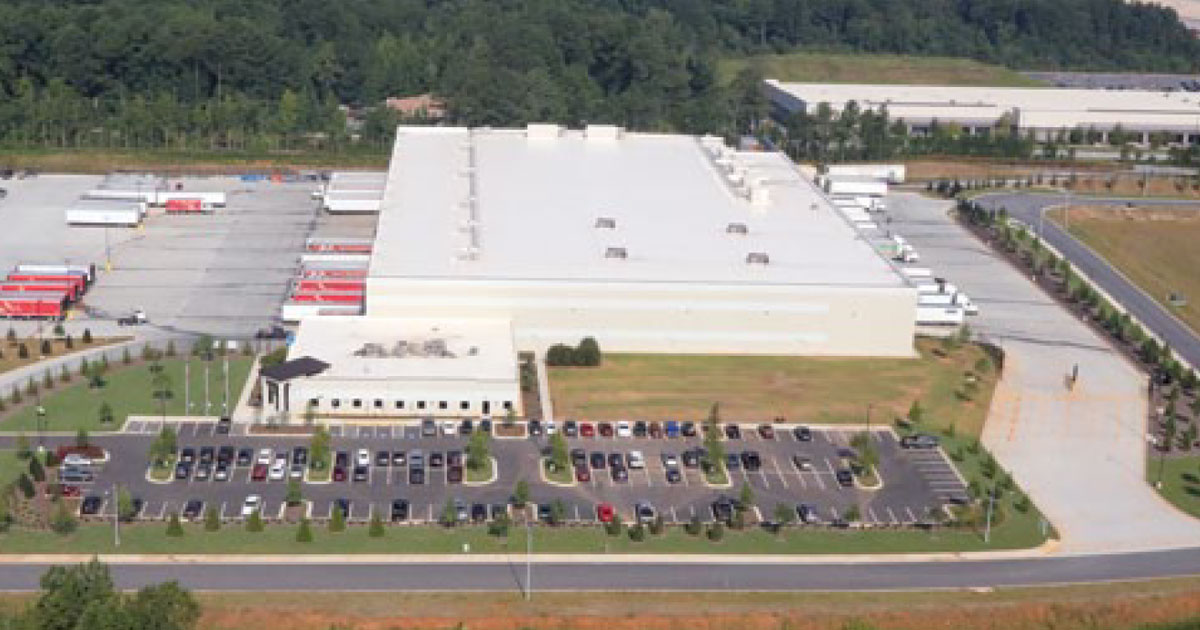 You hear it all the time in sports, business meetings and group discussions, and now it’s being voiced on the warehouse floor—“there’s no ‘I’ in team.”

In 1956, Martin Brower, a subsidiary of Reyes Holdings, L.L.C., opened its doors in Des Plaines, Ill., by delivering paper products to local quick-service restaurants. Then, in 1972, it developed the “total supply” advantage, in which it supplied all of a restaurant’s inventory needs, including the foundational paper products.

As a result of the company’s continuous growth, Martin Brower outgrew its Atlanta, Ga., facility. So, it turned to ESI, and with the team efforts of the industrial park developer, developed a 177,124-square-foot Greenfield cross dock distribution center. Cross docks are generally designed in an “I” formation, or elongated rectangle, making it more efficient for unloading materials from an incoming semi-trailer truck or railroad car and loading these materials directly into outbound trucks, trailers or rail cars.

“The facility is a cross dock design for more efficient handling of product,” says Steve King, regional vice president. “All inbound traffic is segregated from outbound delivery vehicles, thereby increasing site security by limiting the access of non-company personnel and drivers to the site and warehouse.”

“ESI has previously built a similar facility in the Houston area, and [we] appreciated ESI’s eye for detail and seamless delivery of the project,” says King. “ESI was able to deliver another smooth, no-drama project with high-quality, on-time performance and within the budget.”

When it comes to expanding the warehouse floor, for ESI and its customers, it’s a team effort.